Paper Planes - An Australian Movie your Family will love! 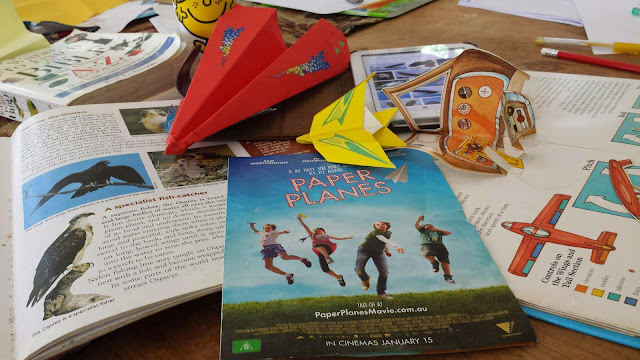 The brand new ream of printer paper is not going to last long and I can squarely place the blame on a movie I took my children to see during the summer school holidays. The movie is an Australian production called 'Paper Planes' and yes, it really is about paper planes and proves that you can make a movie almost solely devoted to that simple but satisfying activity that so many people would have attempted at some stage in their childhood... taking a plain ole' piece of paper and turning it into something wondrous that flies.

Dylan is 12 years old and he lives in the country with his father who has not yet come to terms with the death of his wife in a car accident five months earlier. He cycles to school through dry and dusty paddocks stopping each day to meet up with his friend Clive. I will not reveal much about Clive here, except to say he has a lot to teach Dylan and do watch out for his mention in the credits alongside seasoned and talented Australian actors such as Sam Worthington and Deborah Mailman.

The subject matter is introduced early in the movie as Dylan arrives at school. Following the daily confiscation of electronic devices (and can I just say at this point that every school and household needs a sombrero and I'm thinking of investing in one) the class is introduced to a student teacher who understands the value of hands on learning. Much to Dylan's delight they are whisked out of the classroom to the hall where they are instructed to make paper planes and fly them. Dylan who is fascinated by flight soon realizes he is good at making paper planes - really good and his exceptional talent for making planes that will go the distance will take him far. All the way from the brown paddocks of his small country town in Western Australia to the neon lights of Tokyo and the junior world championships for paper plane makers.

Along the way aiding and abetting Dylan are some lively characters including his mischievous grandad. My girls who made their first batch of lamingtons for Australia Day were rather taken with the scene when grandad calls in the scone and lamington brigade at a fundraising garage sale and they even called out 'lamingtons' in the midst of their laughter in the movie theatre!

It's these scenes which gives the movie its charm whilst paying homage to Australian values such as mateship and generosity. Dylan does face some challenges and bullies are shown up for what they are - bullies but are given opportunities to redeem themselves. Loyalty and devotion to family are added into the mix of positive characteristics, as Dylan makes the decision to stick by his father as he emerges from the shadows of the grief that has devastated him.

Refreshing in this day and age was the fact that this movie had no swearing or blasphemy and comes with a G rating. No subtle references or jokes for the adults added into the script, as some makers of animated movies for children have resorted to for their laughs. It was not needed, there were enough humourous and heartwarming moments in the movie and adults and children were laughing together as 'Oh No's' were verbalized in anticipation of what was going to happen next. 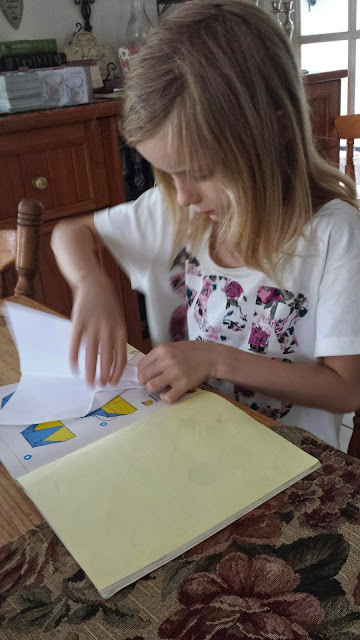 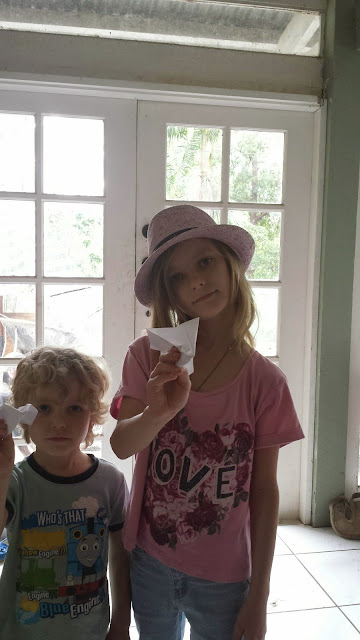 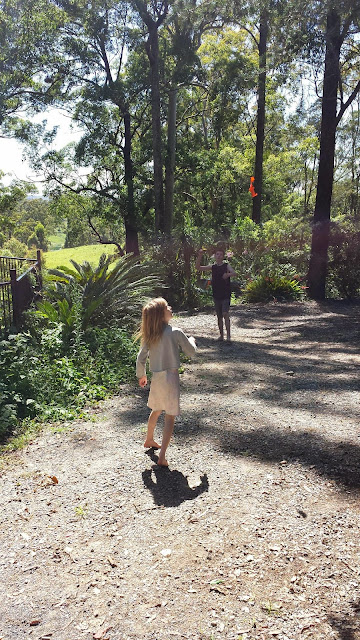 After watching this movie your children will want to come home and make paper planes. Mine did and flattened the battery on my tablet after watching the videos on the movie's website on how to make all kinds of paper planes including ones which appeared in the movie. My driveway was covered in paper planes and some were left dangling in trees and caught on bushes awaiting retrieval. I underestimated the effect the movie would have on them. The television was not turned on. No one asked if they could play a video game. It ignited a renewed passion for learning as I brought out every resource we have on flight.  It was hard to keep them inside but when they did come indoors we talked about flight and sketched pictures of soaring eagles. We studied a little science - the 4 forces of flight and read a story about Jean Batten, a famous New Zealand aviator.

This is how we roll at our house and I'm very thankful for a movie which allowed us to begin another year of fun filled learning. I am grateful to Screen Australia and the Australian Children's Television Foundation for their role in bringing movies such as Paper Planes to our screens. Please if anyone from those organizations or involved in the making of the movie reads this review... make and fund more movies like this!


I do hope it gets released in North America and you receive the opportunity to see this delightful movie. If you miss seeing it at the movies, it will be well worth adding to your family DVD collection. We can't wait for it to come out on DVD to see it again and one thing is assured, that ream of printer paper will not last long!

Here is the link to the movie website which has a wealth of resources for all those children and adults who can't resist pressing smooth and precise folds into paper. You will find tips on making and flying paper planes. There are activity pages and even a lesson plan to download and some very informative step by step videos for making paper planes. You can also view the trailer for the film.
www.PaperPlanesMovie.com.au

Posted by Ann at eightacresofeden at 5:50 PM

Thank you, Ann....I am adding this to my list of *must-see* movies. I agree with you...it's so difficult to find good ones these days. I enjoyed the photos of your children playing in your beautiful outdoors and your commentary on all you've been up to for the beginning of your school year. What fun! Hugs to you all. Camille XO

Yes, I am adding it to my list as well. I hope we will get a chance to see it here, it sounds great. I love that your children were inspired and excited with some fun and creative projects. "Hands on" projects really are full of so many benefits, beyond the top benefit, which I believe is "delight". Thanks for the synopsis, and for sharing. Have a great week.
Love and blessings,
Pam