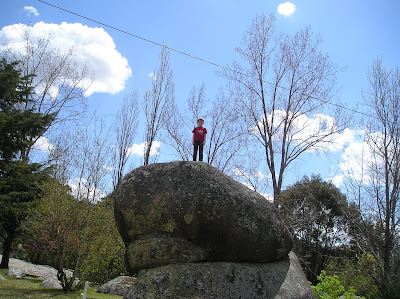 'Childhood shouldn't ever be thought of just as a prelude to becoming an adult. Too much brain work forced on children kills something in their spirit. Let them run and play and make tree houses and catch lightning bugs and lie in a field staring at the clouds floating by. Provide them a wholesome environment and then let their spirits go, free, free, free.'

From the novel 'Christy' by Catharine Marshall - the above quotation is from a philosophy of education of a Danish minister Bishop Gruntvig, that captivated the character of Christy who found herself teaching school in the impoverished Smoky Mountains in the early 1900's.

It captivated Christy and it captivated me when I first read it. I abide by it and let my children do just that, they spend lots of time outside running and playing and building forts out of all kinds of natural materials. I have always resisted the temptation to purchase a plastic cubby house and I don't even need to sew up a fabric tee pee. Branches, vines and palm fronds do them just nicely outside and blankets and throws off the sofa are used to create indoor play huts. 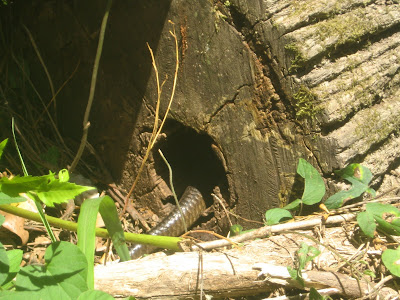 No, it is not a snake! It is the tail of the mother lizard! 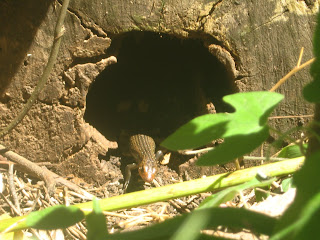 And here is one of her offspring. See it has legs!
Their favourite outdoor spot at the moment is an old hollow log close to the real tree house that their dad is building for them from recycled materials. We are demolishing an old potting shed and all the old timber and roofing iron is being put to good use! It is still under construction but it is going to have the wow factor. Can't wait to show you in a future post.

The hollow log is home to a family of lizards. Not a blue tongue as we originally thought but a land mullet and her five babies. Laughter reigned when we googled images of land mullets - we found our lizards along with hairstyles from the 1980's! If you are afraid of lizards I can tell you that the images of the mullet hairstyles were much scarier! They are called land mullets because apparently, they can emit a rather fishy smell if they feel threatened. Another interesting wildlife fact to add to our growing knowledge of the nature we can study here at our eight acres of eden. 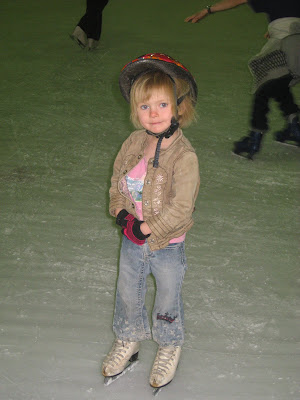 There is sometimes a price to pay for letting your children run free. I have never wrapped them in cotton wool. I let them run, clamber over logs and rocks, do somersaults on trampolines, climb trees and much more. They have been ice skating for years for goodness sake. But a 19 year record came to an end last week when during a simple game of chase one of my twin girls tripped and fell, fracturing her arm. The first broken bone for any of my children. I knew she had broken it and somehow stayed calm which kept her calm even though she was in a lot of pain. Dad was called and we were soon on our way to the hospital. 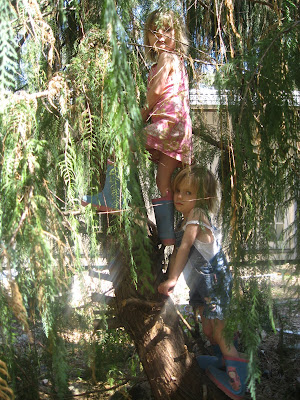 My sweet girl (the one on the right in the photo below) showed such bravery. She stayed so calm and composed even in the emergency room where a patient under the influence of alcohol or drugs was screaming out as staff tried to attend to her. We couldn't see her from the triage area, only hear her wailing and my poor girl was looking a little alarmed as she knew she was going to go into that ward next. Thankfully, we were sent straight for an x ray which revealed our worst fears, that this was a serious break requiring surgery. And that is where I spent my evening, waiting with my daughter to go in for her operation. She needed wires inserted close to her elbow to realign the bones. She has never been to hospital before as a patient. She hasn't even been to see the doctor as she has never been sick (apart from occasional colds and fevers). She never complained, never cried and showed no fear at all. I was just amazed. She was even smiling as she was wheeled into theatre and by now had completely charmed all the staff who described her as an angel. 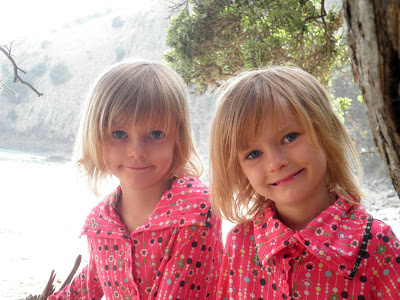 We were very blessed to have wonderful attention from friendly and competent medical staff. The operation went well without complications and we were soon back on the children's ward where I stayed overnight with my daughter. The ward was not busy so we had a room to ourselves. I feel very blessed to live in a country that still has free public healthcare. The standard of care we received was excellent. How rewarding it was for me as a mother to see my daughter - just 5 years old being such a cooperative patient, saying please and thank you and no thank you whenever she was asked something, even when she was being woken at regular intervals for observations through the night. I was so proud of her.

We were able to come home the following day, her arm in plaster which is making some everyday activities a little awkward. She is still having some pain but does not make a big fuss. Of course she is not running free at the moment. No more chasing or tree climbing and much to her disappointment, no ice skating lessons for the rest of the year. 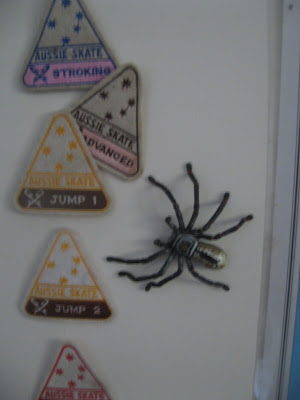 The spider isn't real but we do have spiders of this size come into the house!
My son loves to move this plastic spider around his wall to try and scare me!
We have to return to the fracture clinic next week for another x ray and hopefully a lighter cast.
I would appreciate your prayers for my sweet girl that her arm is fully healed. She will need another surgery to remove the wires. 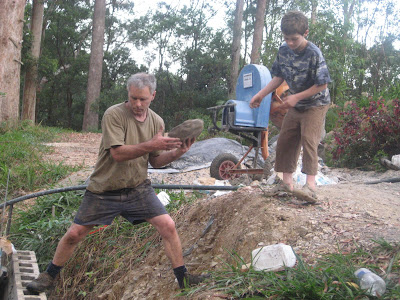 Helping his dad build one of our ponds
I will be taking a little blogging break over the next couple of weeks now that hospital visits have been added to our schedule. We have lots of renovation projects around the home underway at the moment. I'm spending time with my husband looking at pavers and organizing all my ideas for our outdoor living areas on my pinboards over at pinterest - what a useful tool that is proving to be! I have boards for all sorts of subjects and have just started putting together teaching activity idea boards for homeschooling. Email me and I will let you know how to find me on pinterest. If you are still waiting for an invitation let me know and I will send you an invite.

I'm also having a huge declutter throughout my home - simplify, simplify, simplify is my motto at the moment! Oh and I'm also trying to see if I can bring the Courageous movie to my region as I believe its powerful message about fatherhood will impact and transform the lives of many families. It is due for release in Australia on my birthday!

I hope to return inspired with all sorts of reports and ideas! So watch this space!

Posted by Ann at eightacresofeden at 2:36 PM

Thanks for the encouragement Ann - children do need to have to time to run free! Will pray for your daughter and I just joined pinterest a few days ago - its fantastic....so many great ideas! I would love to follow you on pinterest...what is your account??

Ann I hope your lil girl is running and playing again really soon. You nearly had me with the tail pic....I thought 'arrrggghhhh snake!" I just don't like them! Had a encounter at the river with a copper head recently....Ewwwww Snakes....Not for me. How fast is christmas creeping in? Busy time for you and I with Christmas and bdays and to think your lil guy will be 2!!!!....Any ideas for a 1 year lods gift?
Love to you all-Kylie country cupcakes.

Hope your little girl heals well!
It would be great to have the Courageous movie screened up this way!

So sorry your precious little one has a broken arm to deal with! What lovely photos of your family (and even lizards) Ann! May the LORD give you grace as you have extra on your plate with these recent developments. I will pray for you all right now.

In HIS Love,
Camille

Hi Ann
I'm so sorry to hear about your precious girls' accident & will pray for a quick recovery for her. We also love to allow our children the freedom to use their imaginations in their play ~ they have a "tree fort" which they love to spend a lot of time in & my twins build "nests" there for the birds ~ too cute!

I am really looking forward to the release of Courageous as I intend to purchase it for our family ~ we have been so blessed by their other movies!

Love to you ~ enjoy your break
Renata:)