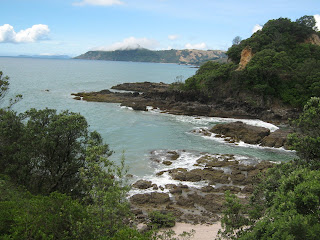 Over the years I have penned a number of poems, some are humorous filled with nostalgia, others poignant, designed to challenge and inspire. I call them my 'Poems for People' - most have been written for individuals, family or friends celebrating important milestones, the birth of a son, the wedding of a daughter, a 40th birthday or a wedding anniversary.
As Easter is upon is, I wanted to share from a poem I wrote for the church which I believe, needs to be on the forefront, leading the way in offering care and concern, compassion and hope for the world that God loved that He sent His only Son to die for.
I need to take you back in time. I was living in New Zealand, a beautiful country. The picture at the top of this post was taken there. But some awful events unfolded in the late 1990's which were coming across our television screens. Several mass murders, one in a sleepy hamlet where you would never expect such a tragedy to unfold, then in Tasmania, the Port Arthur massacre. At this time, an unrelenting bloody war was being waged in the Balkan states. This was long before Columbine, 9/11 or the London and Bali bombings but even back then, I realized that multiple exposures to scenes of mass suffering in so many places, broadcast as images on my television news straight into my home were causing me to develop an immunity. I was no longer being greatly affected by sufferering and very rarely shedding tears. This caused me concern.

Then one story did give me cause to weep. A deranged man walked into a Scottish primary school and gunned down sixteen children and their teacher. I had young children and when those pictures of the children flashed across the screen I cried. I cried for the families I did not know who had sent their children to school that morning never imagining that they would not be tucking them into bed that evening. When words cannot express God sometimes moves the writer's hand...... and 'Sheep without a Shepherd' was penned. You may not remember all these events but recently we have witnessed the scenes from Haiti. Perhaps you can still picture the children left without parents and parents left without children as you read these verses.

I watched the TV news last night
I'd seen it all before
Scenes of devastation
People hungry, homeless poor

Seventeen Scottish families torn apart by grief
When you saw those children
Did you begin to weep? 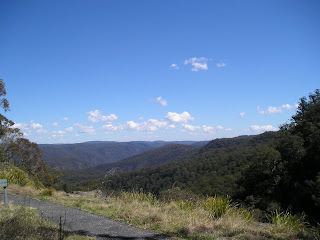 I opened up my Bible that day and read a passage in Matthew 14 which relates a terrible event - the most hideous murder of John the Baptist. Jesus hears the news and goes away to a deserted place to find solitude but the crowds follow him. Can you imagine this? You have just found out that your friend has been killed in a most horrific manner and hoardes of people are chasing after you as you retreat to somewhere peaceful to grieve and come to terms with what has just taken place. What would you do? Surely, you would ask them to leave you alone but this is not what happens ....

'And when Jesus went out He saw a great multitude; and He was moved with compassion for them, and He healed their sick.'
Matthew 14 v14

Later on, it is evening and the crowds remain and the disciples want to send them away to buy food in the villages. Jesus again commands that they stay and performs one of his most well known miracles by feeding thousands of people with five loaves of bread and two fishes. 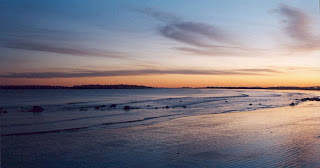 Jesus 's heart was for people. His compassion was extended to family, friends, strangers, the oppressed, young and old, rich and poor, men and women, individuals and crowds. He was particularly affected by suffering for he healed the sick and fed the hungry and commanded His followers to do likewise.

But I do not want to offer charity whether it is sponsoring a child, sending money to a relief agency or assisting a neighbour merely out of a sense of obligation or civil duty. I want to

Even though He had good reason
To ask them all to leave
After all, his friend had died
He needed time to grieve

I also wanted to reach out in person - to get out of the boat and help those in need. We prayed for opportunities and God started to put people across our path - literally landing them on our doorstep. Lonely people who needed friends, neighbours who needed practical help and often complete strangers.

For some may be your family
Workmates, neighbours ,friends
And you may be the messenger
The one whom Jesus sends

And beyond our shores
Are people who don't yet know
About the love of Jesus
Are you prepared to go?

Will you take a stranger home?
Do you have an open door?
Or is your home a place on earth
Where treasures you can store? 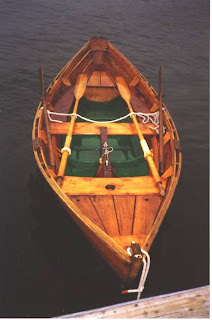 'Jesus got out of the boat, and when He saw the large crowd, His heart was filled with pity for them and He healed the sick'
Matthew 14 v14

Wishing you and your family a blessed Easter. Never forget the price that was paid and rejoice in the relationship you have with Jesus, a Risen Saviour, Lord and friend.

Posted by Ann at eightacresofeden at 3:04 PM

you are such a lovely poet and your poem
grabbed my heart.

will try harder to SEE the hurts around me.

That was beautiful Ann. Thankyou for the lovely poem. Angela

So very true is what youwrote.
I also find these days we are becomming immune to illness,No one bats a eye lid to hear of yet another friend,or the like getting cnacer.
It is just so normal these days.
We all need to try hard to keep the sensitivity that is getting lost.

What a beatiful post!! Your poem is wonderful and very very true! How often we turn away or say there is nothing we can do. You are right...one person or thoughtful act at a time...one by one...that's how we live out our Christian lives! AND if we pray for opportunities, the LORD will send them our way and give the means to accomplish the task.

Thanks for sharing this with us!

AND your pictures are amazingly beautiful! :)

Dear Ann ~ Just stopping in to answer your question about the gingersnaps. I think you would want to wait until you can get some molasses...it adds to the flavour of the cookies. I have done it with regular molasses before and do prefer "fancy" if you can get it...less intense! Hope this helps and I do hope you enjoy them!

Have a lovely day!
Camille

What a nice blog!! I love your poetry, look forward to visiting again~

What a beautiful & challenging poem Ann. Thanks for sharing it with us!
Hope you are enjoying your holidays
Renata :)