'My Father's Hands' is a Winner! 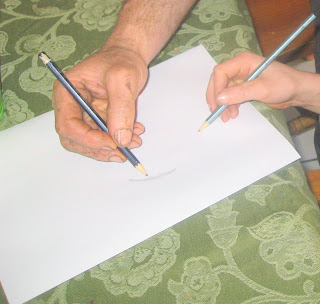 In June of this year my children put together a very special collage card and poem to honour their dad on his birthday. It was called 'My Father's Hands' - a collection of all their thoughts on how their dad uses his hands to bless them and help his family. The younger children thought of some rather quirky ways in which dad used his hands... 'he picks up snakes in the chook house'... that blesses me too, as there is no way you would find me attempting this!

You can read the full version of 'My Father's Hands' in my previous post of the same name. This is the inside of the card depicting the card with its handwritten verses. 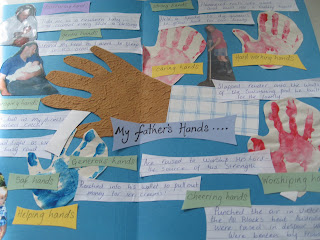 I was in my local library and picked up an entry form for the National 'Thanks Dad' photography competition. This is a annual project run by a community organization that is all about encouraging men to spend more positive time with their children and it celebrates the vital, important role that fathers, grandfathers, step dads, brothers and uncles play in the lives of their children, grandchildren, nephews, nieces and siblings.

Each year they encourage people to send in photos of the men in their lives together with their children. The photos are not judged on technical quality but rather how they capture a moment... a father rejoicing as he holds his newborn baby, a shared smile or joke between a father and son, a proud father with his daughter on her wedding day, a grandfather and grandson enjoying a day of fishing together at the beach. There were quite a number of categories including a photo plus story by primary and secondary students. I was impressed with the aims of this project and thought that the children 's poem which had been their way of saying 'Thanks Dad' would be perfect to enter together with a photo depicting dad using his hands to bless a child. We were all thrilled when we found out just in time for Father's Day last Sunday, that 'My Father's Hands' had been awarded first prize in the primary student category!

All the photos entered in the 2009 competition will be touring Australia this year in an 'Thanks Dad' exhibition which is held at libraries and other community venues in towns and cities all over the country. We believe it will be coming to our nearest city so it will be exciting for the children to go and see their winning entry and the other two photos that we entered that have featured on my blog before, such as this favourite shot from 1997 of my husband delighting in his baby daughter. It is entitled 'Her Father's Joy'. 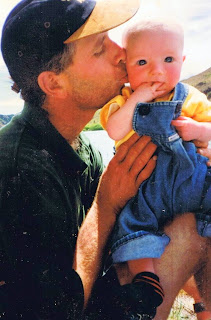 You can also view the winning entries at the website www.thanksdadphotos.org.au
The wining entries for 2009 are featured on the home page and there are galleries where you can view photographs in different categories. The stories have their own section. There are some wonderful photos to view and you may get some ideas for pictures for your own family album. If you are in Australia watch out for the exhibition. It starts in Lismore and travels south down the east coast. It even travels to WA. The website will have details of when and where it is going to be held.

All of my children now have the competition bug and I know they will be wanting to enter every competition they see. It all started when my oldest son was 8 and entered a 'World Lego' competition he saw in his Lego Club magazine. You had to submit a drawing of your favourite scene from a movie and he did a rather good drawing of 'Stuart Little' in the washing machine. But when I read that there was only one prize for New Zealand and one for Australia, I told him 'Not to get his hopes up'... famous last words! We both jumped up and down and shrieked with excitement when the letter from Lego arrived informing him that he had won the NZ section. He was even more excited when his prize arrived a week later, a Steven Spielberg movie maker Lego set complete with camera which we still use if we go on Skype! Every time I see it sitting on the desk it reminds me never to say to my children 'Don't get your hopes up' Now I say 'Let's wait and see if you win a prize!'

So can I encourage you to allow your children to enter competitions... the colouring competition at the library, the children's sections in the A&P Shows and country fairs. It is good for them to experience success and of course there will be disappointments but sooner or later, you never know - anything can happen. I never dreamed that my daughter's simple but lovely story about a butterfly she wrote for our unit study and entered in a National Competition would be published in a book. 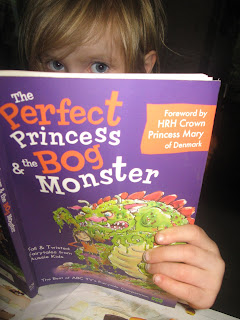 This daughter really caught the bug and she has entered lots of competitions since ... she enters for prizes she would like and so far the prizes she has won include a scrap booking set, a complete set of commemorative stamps for every Australian Rugby League team and the Sydney Swans AFL team (a writing comp in the Daily Telegraph)... she is not one bit interested in Rugby League but this was during her stamp collecting craze days! She likes to enter every competition she sees on the Weetbix pack and scored herself a sports store voucher just before she went on holiday to New Zealand, she was able to buy herself new t shirts and hoodies. I have been asking her to win me a holiday to the UK so I can go and visit my family but alas no success.... yet!

This year she also entered lots of her photographs in the National 'Smile' photography competition put on by the Centro shopping centres. She missed out this year but two years ago this cheeky shot of her little sister was a local finalist (there were 7000 local entries... people like taking photos!) 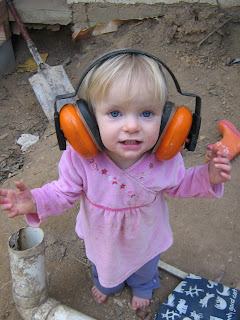 By the way this picture was not set up, this twin decided to try on dad's ear muffs for size and her big sister just happened to have the camera - how unusual! I'm the one who has to go racing into the house to find the camera and by the time I find it, it is too late and the moment in time is lost as the child in question then refuses to pose again for another picture! Does this happen to anyone else? And do you know how hard it is to take photos of twins, to get them both to smile at the same time? This was my experience a couple of years ago of trying to take some shots of the girls in their new dresses sent over by their nana. The hairbands were so cute, the finishing touch but much more fun to chew! Now they are older they ask for pretty hairbands and ribbons to be put in their hair! 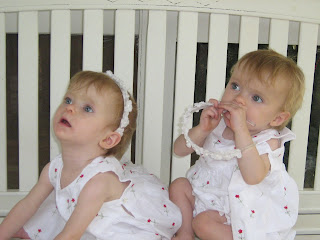 Perhaps a toy or musical instrument will persuade them to stay sitting on the bench but it far more exciting to watch them drop to the ground to join the hairband! 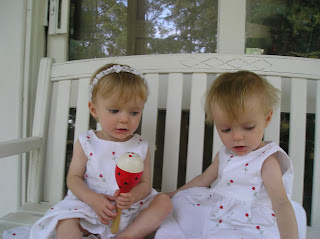 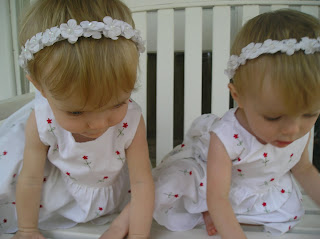 Now they are both wanting to climb down off the bench! But guess what, I absolutely love this shot... a smile is not always needed for every picture! 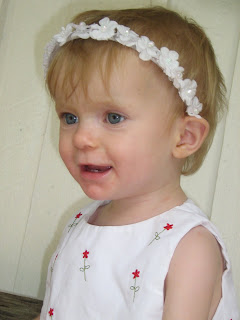 When you do capture a smile it is for sure a special moment but it so much easier to take a picture of just one child!

I hope you have enjoyed sharing in our special moments and achievements.
Until next time,
With love and joy,
Ann

Posted by Ann at eightacresofeden at 7:38 AM

Great news and great photos!
I agree wholeheartedly that some photos are fantastic even without a smilae present or the like...
Your kids are gorgeous subjects though!

What a lovely post - well done to you and your clever children!! How nice for them to have their work applauded in this way! :)
I just LOVE the photos of your twins- they are precious. Saraya desperately wants twin baby girls, either as sisters or her own one day. I'll have to show her these photos, she'll be delighted! They are gorgeous girls. :)